Journalists Attempt to Rewrite The Rules of Election Day Reporting 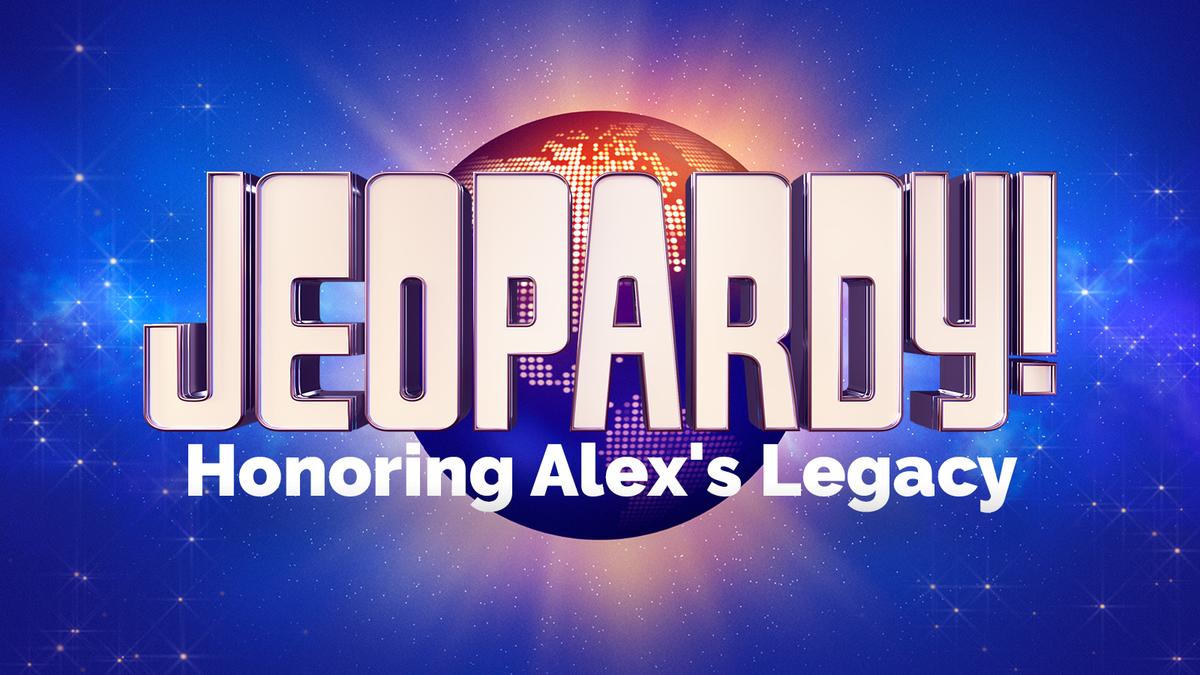 One of the most revered Jeopardy contestants of all time will take over for the late Alex Trebek. Ken Jennings, who won this year’s “Greatest of All Time’ Tournament” will be the interim host for a short time.

“Alex believed in the importance of Jeopardy!” said executive producer Mike Richards. “We will honor Alex’s legacy by continuing to produce the game he loved with smart contestants and challenging clues. By bringing in familiar guest hosts for the foreseeable future, our goal is to create a sense of community and continuity for our viewers.”

Jennings, meanwhile, will also be part of ABC’s primetime game show The Chase, which premieres Jan. 7. 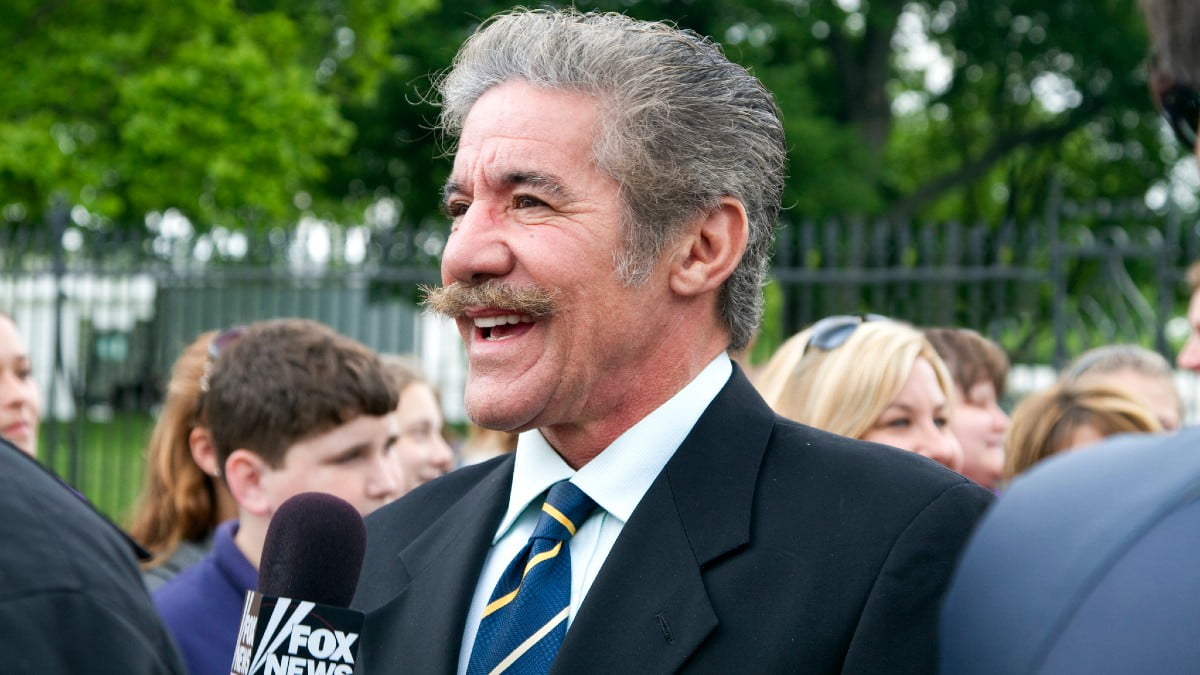 Fox News personality Geraldo Rivera is not buying what the Trump campaign is trying to sell. Rivera appeared as a guest on The Five Thursday following a ninety-minute press conference hosted by Trump attorney Rudy Giuliani.

During the presser, Giuliani alleged widespread voter fraud. That assertion was echoed by host Jesse Watters but rebuffed by Rivera. “Come on, Jesse,” he exclaimed. “The Clinton Foundation, George Soros, Hugo Chavez! I’m probably the only one in this building who has actually met Hugo Chavez!”

Rivera said that he “loves the president and wanted him to win” but added Giuliani’s performance as “bizarre and unfocused.”

Journalists Attempt to Rewrite The Rules of Election Day Reporting

Uncertainty will govern the day — and night for those tasked with reporting the vote. 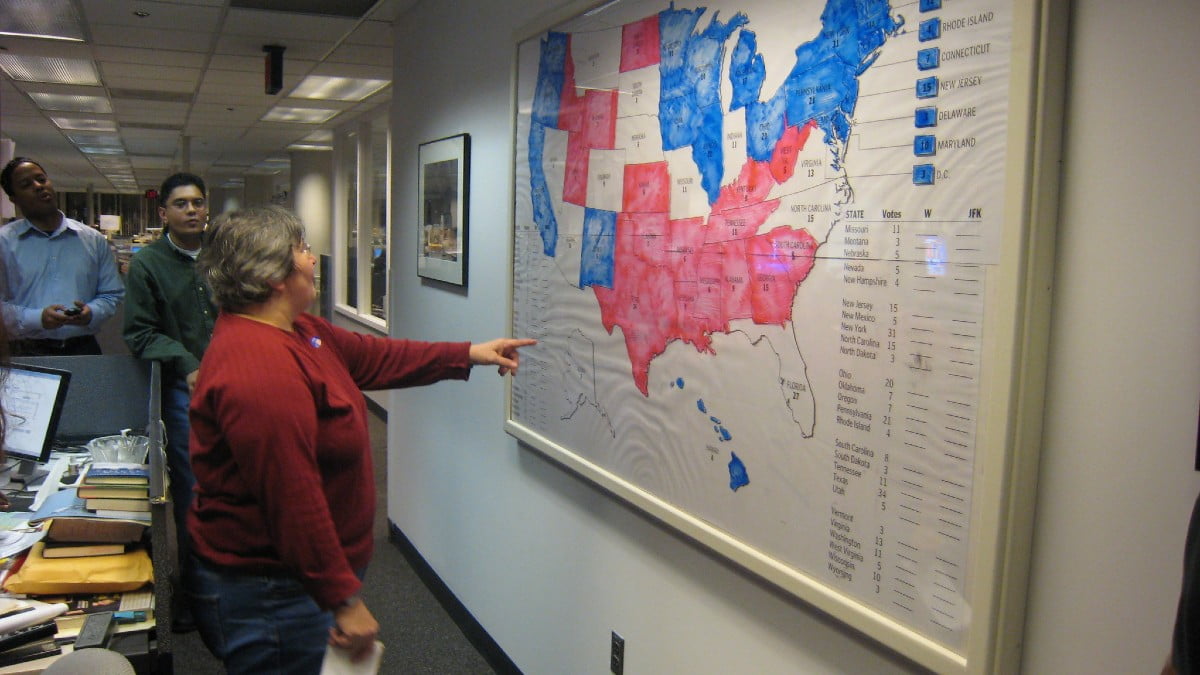 Throughout my years as a journalist, I’ve worked as part of an Election Day team twice — once for NPR, and a few years later for the Voice of America. Both nights were unsurprisingly similar:  lots of team meetings and emails in the run up to the night and lots of staff and junk food scattered about the newsroom.

We took our cues from the usual suspects: our reporters in the field, the AP wire, and cable and network news programs blaring out predictions and calls from a bank of television sets. By the end of the shift, a winner was declared, the losing candidate had conceded, and America survived yet another exercise in democracy.  It was, for the most part, business as usual.

For my fellow journalists, that commonly recognizable election night scenario simply will not apply in 2020.

Indeed, with the election less than 24 hours away, news executives, editors, and reporters are preparing for a night of coverage like never before.

Uncertainty will govern the day — and night for those tasked with reporting the vote.

It could be an utter landmine for reporters, editors, and producers, who may be confronted by bewildering scenarios, such as claims of ballot fraud from President Donald Trump, his surrogates and supporters, or former Vice President Joe Biden and HIS surrogates and supporters. In fact, with an estimated 97 million votes already cast (thanks in part to the COVID-19 pandemic) as of this writing, one could reasonably argue that it’s a misnomer to call November 3 Election Day.

“I think this will be the strangest election night of my lifetime,” said Ryan Whalen, a Buffalo-based reporter with Spectrum News and host of the network’s Capital Tonight political show during an appearance on the podcast It’s All About Journalism.

“Generally, we’re sitting there, hoping that the ballots will come in quick enough that we’re not there until 1 a.m.,” added Whalen said. “We’re going in knowing that’s not going to be the case this year.”

Whalen also expects additional delays due to litigation, given Trump’s repeated public statements of doubt over the ballot count.

Adding to the confusion is the patchwork rules under which states will count ballots. Consider two highly consequential states: Florida began counting ballots September 24, when counts each ballot as its cast; Pennsylvania begins counting when the polls close at 8 pm. That reality alone will cause unfamiliar surge of results that will – in real time – distort the outcome.

High profile cable news television journalists will be under a nationwide microscope like no other — and they know it.  Consider the words of CNN Washington bureau chief Sam Feist in an interview CNN’s Brian Stelter.

“This is going to be an election like no other. You’ve heard that over and over. But I’m not sure that the counting or reporting of the votes are going to be a whole lot different,” Feist added, acknowledging that the count will take longer than in years past.

“I really believe that if we don’t have a winner on election night, there’s a very good possibility that we’re going to know the answer on Wednesday or Thursday because the vast majority of votes will have been counted by then,” said Feist. “In fact, I think there’s every reason to believe it’s going to be orderly.”

Maybe. But others are clearly trying to sort out how to respond if and when things are not so orderly.

“We have to be incredibly transparent all through the night with what we know and what we don’t know,” said ABC News anchor George Stephanopoulos in the New York Times.

And what if President Trump declares victory before the complex process of counting ballots across 50 states is deemed complete?

“I don’t think we can censor the candidates,” Stephanopoulos told the Times. “But we have to be vigilant about putting whatever comments are made in context, with everything we know about where the race stands, where the law stands, where the votes are.”

NBC News president Noah Oppenheim made the following pledge to the Times: “Frankly, the well-being of the country depends on us being cautious, disciplined and unassailably correct,” he said. “We are committed to getting this right.”

Other high-profile journalists like CBS’s John Dickerson are admonishing his fellow scribes to rethink how they’ve presented election results – with little to no context — in the past.

“If you go back and watch some of the election night coverage like in 2000 and a couple of years after, anchors would announce the results in Massachusetts as if it were leading towards the great illumination of the night’s result,” Dickerson pointed out during a recent appearance on Slate’s podcast Political Gabfest.

“It comes in too early in the night for it to matter relative to whether a candidate is going to get to 270,” explained Dickerson. “But people were always speaking breathlessly about early night results because they’re trying to get everybody all hopped up.

Dickerson added: “We need no hopping up. Everything is plenty hopped up on it’s own.”

Indeed. Given the tension and uncertainty, historian, academics, and election experts have put out guidance to help sooth our collective nerves. Consider this from noted presidential historian Michael Beschloss:

As Beschloss shows, Twitter will undoubtably be it’s OWN network of election information, with its reported estimate of 340 million users, according to Hootsuite.

Despite Twitter’s efforts to label disinformation, it will hard for the platform to control the certain deluge of election results, claims of fraud, and possible protests from credible journalists and ordinary citizens alike.  And because Twitter serves as kind of AP wire for reporters, one can imagine the retweeting of unconfirmed information by well-intentioned journalists.

As Spectrum’s Ryan Whalen told It’s All About Journalism podcast:

“The worst thing you can do as a journalist is say something definitively that doesn’t end up not being true, right?”

His advice?“Just go in knowing the scenario. It’ll be bizarre.”